We kindly invite you in the “Shakti in ecstasy” Camp which will take place in Greece in the period of 10-15 October, 2017, having the theme “MAHASHAKTI – THE STRENGTH OF FUNDAMENTAL MANIFESTATION AND ESSENTIAL FEMININE REFLECTION OF THE INEFFABLE DIVINE SUBLIME”. The accommodation starts on the 9th of October and ends on the 15th of October.

From the program of the camp

The application can be done

Please ask there also for the specific requirements for participation. Please only apply in the given time frames. The number of places is limited.

The camp fee includes accommodation and 3 meals daily in Swedish buffet. It does not include transport.

Those who would like to travel by bus, are asked to announce it when applying. If there are sufficient number of applicants, we will organise transport by bus. 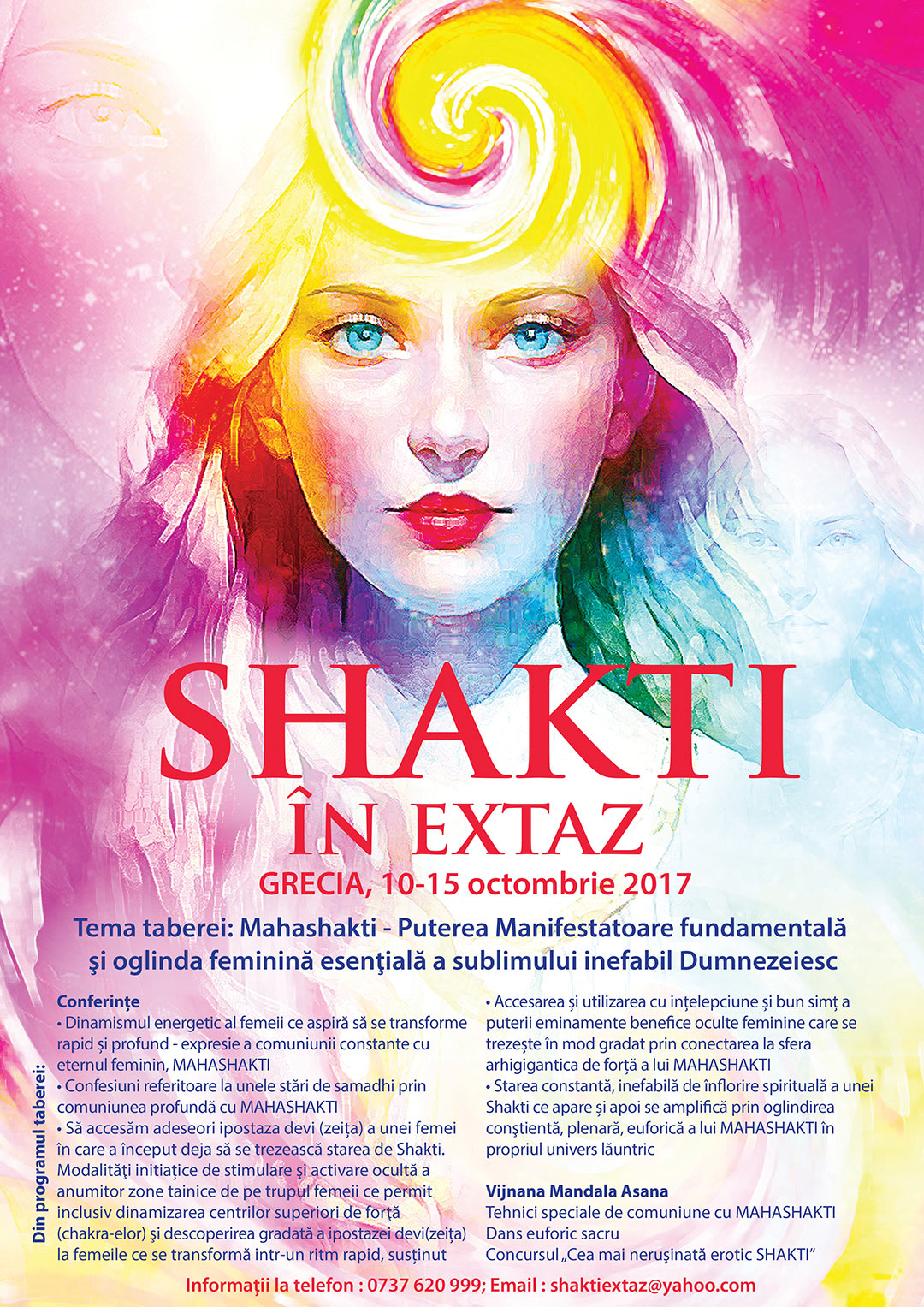