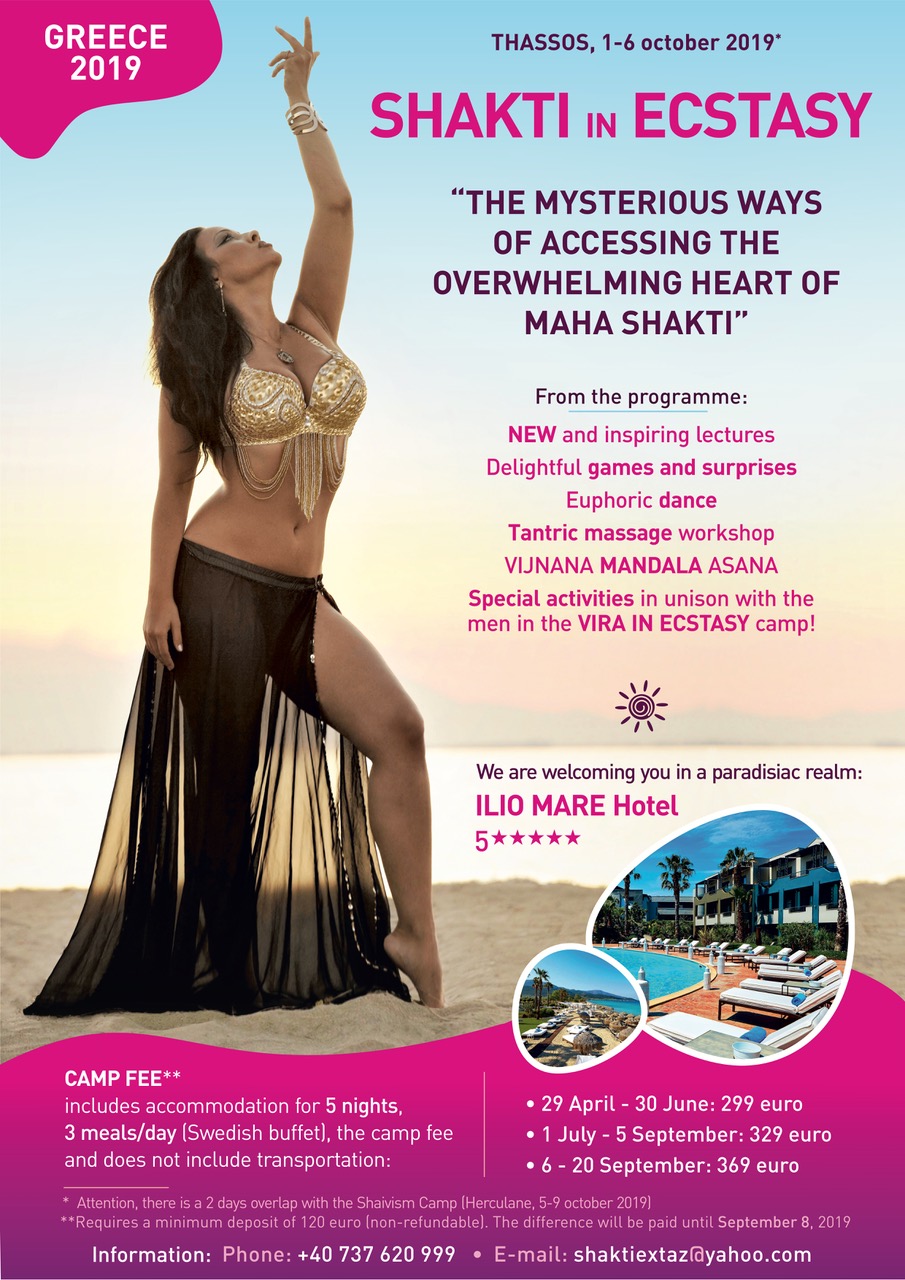 From the SHAKTI IN ECSTASY camp program:

From the VIRA IN ECSTASY camp program:

(includes accommodation for 5 nights, 3 meals per day Swedish buffet and the camp fee. IT DOES NOT include the transportation cost):

Camp registration requires a minimum deposit of 120 euro (non-refundable). The rest of the fee will need to be paid by 8 September 2019.
Attention! Places are limited. Allocation of the rooms will be done according to registration order, in double or triple rooms. Check-in: 1st October / Checking-out: 6th October.

Those of you wishing to travel by bus (Bucharest – Thassos) are asked to let us know upon registration. If enough of you choose this option, we will organize transportation by bus.

*ATTENTION! There is a 2 days overlap with the Shivaism Camp