The extraordinary spiritual camp is only for the men from the courses of this spiritual yoga school (who have already participated in the Yoni Chakra camp for men Part 1 and who already received the initiation in the mantra of the secondary subtle force center YONI CHAKRA) will take place in Bucharest at Crystal Palace Ballrooms (Calea Rahovei 198A, sector 5) between July 13th-15th 2018.

QUESTIONS AND ADDITIONAL INFORMATION ABOUT REGISTRATION: 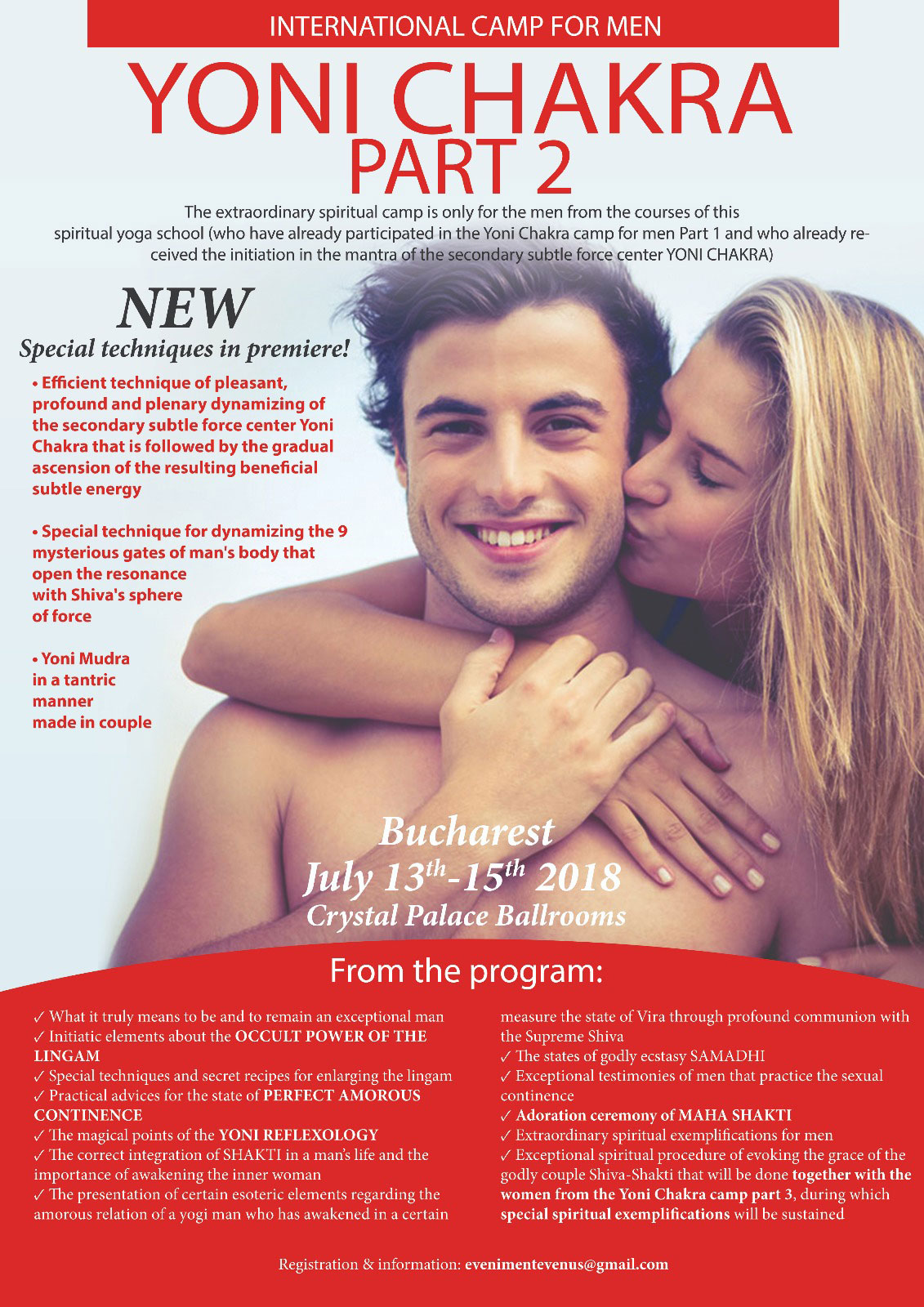