Message regarding the Godly Attributes 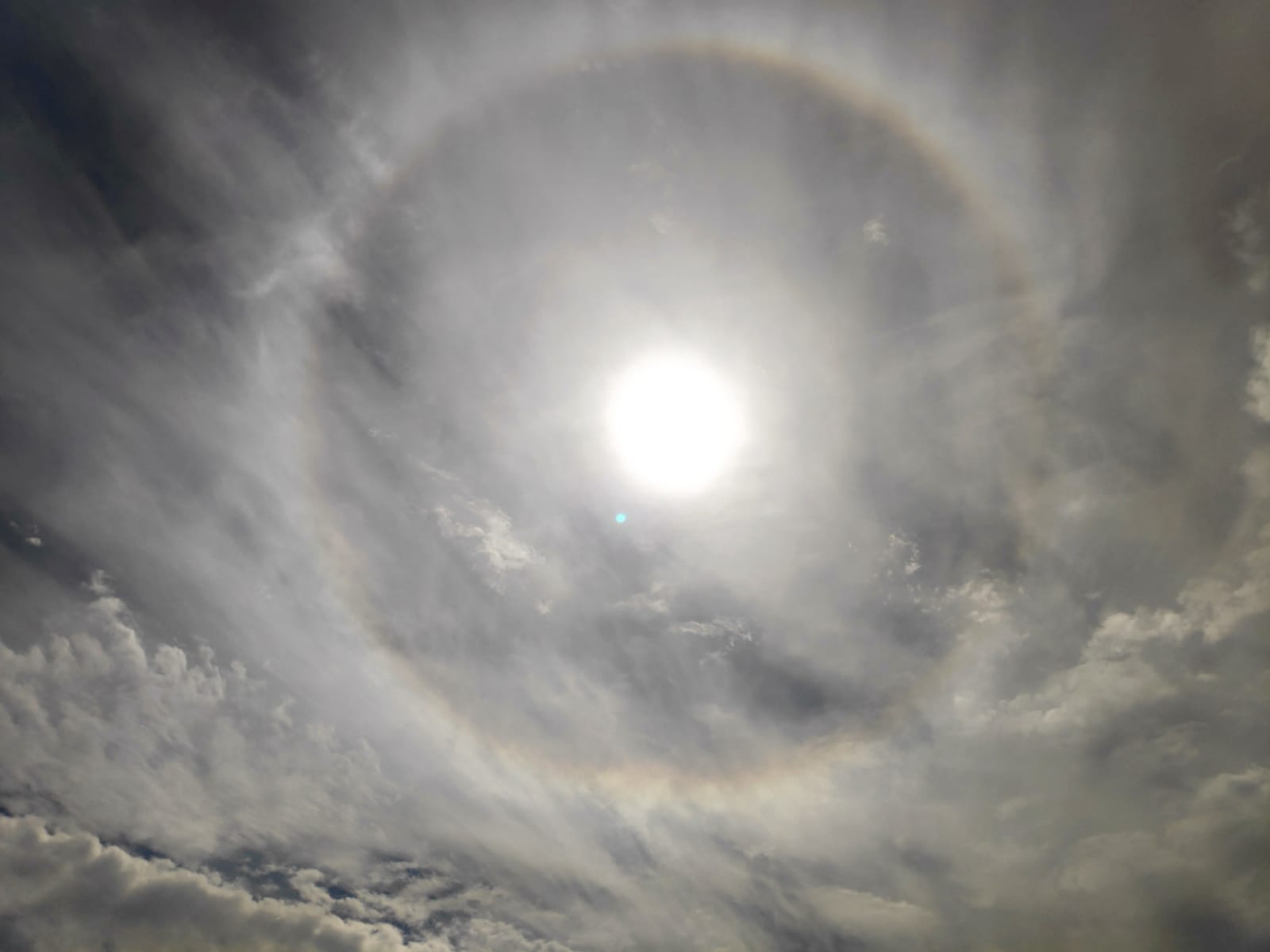 On August 8, 2020 at 13.00 CEST in Aarhus Denmark, a halo appeared around the sun, exactly in the moment of beginning of the meditation with the Godly Attribute of Godly Salvation and Redemption that was performed during the Online Yogi Summer Camp. The halo lasted for 18 minutes.

With this occasion, we congratulate the aspirants who perform meditations of communion with the subtle sublime energies of some Godly Attributes. When as many aspirants as possible act in unison and call the subtle, sublime, endless, free energy of a certain Godly Attribute into their being, a multiplication effect occurs in this way, which considerably helps those who participate and also generates wonderful effects in the corresponding area.

In the following we present a message regarding this solar event, sent by yoga teacher Gregorian Bivolaru, who revealed to us the mystery of the Godly Attributes and who supported the respective meditation on August 8th, 2020.

“We have taken note of what you are communicating to us, and what then happened is a godly wonder, and at the same time a godly synchronicity.  In this school, God has often given us many signs. What happened then, is another godly sign. That which manifested, shows that God answers our prayers in mysterious ways.

The godly revelation referring to the Godly Attributes is – we might say – the greatest gift that God has given this planet after the coming of Jesus. The importance of this revelation is immense for us.

Meanwhile, God has also revealed to us other mysteries connected to the Godly Attributes. We have already presented some of them. We haven’t described many of them yet. At the right moment, we will talk about this. It would have been very good to film that godly sign. The significance is, that following these mysterious communions with the subtle sublime energies of some Godly Attributes, God answers us, and all of these are formidable proofs of His existence, because they are not random and they are necessary.

Please post this photo on your website, and publish our answer and also congratulate the aspirants who perform communions with the subtle sublime energies of some Godly Attributes. It is important to tell them that, when as many aspirants as possible act in unison and call the subtle, sublime, endless, free energy of a certain Godly Attribute into their being, a multiplication effect occurs in this way, which considerably helps those who participate and also generates wonderful effects in the corresponding area.

Given the fact that God is giving us signs, it is welcome for many aspirants to react with delight at seeing these godly signs. It is welcome for as many aspirants as possible to engage in these meditations, and it is very good to schedule such spiritual actions for entering into communion with certain Godly Attributes at least twice a week. And you can send us the day and time, in order to support them in our turn. It is very good that such actions in unison last no more than 30 minutes, and the music can be provided in advance by us.

For this revelation referring to the Godly Attributes, we communicate to you, and also to all the aspirants, that it is necessary to thank only God and only Him.

It would be very good for all participants to sincerely express their thanksgiving and gratitude at the end of each communion with a certain Godly Attribute, and then for each one of them to seek to feel the overwhelming response that God the Father offers each time, to every human being who sincerely thanks Him. Proceeding in this way, a phenomenon of deepening the mysterious and ineffable communion with the reality of God’s being occurs. Acting in this way, every human being becomes deified.

Communicate this message to everyone, and it would be very good if after each communion, those who participate will make short testimonies, and will even express succinctly what they experienced, so that the skeptics can eventually be moved to participate in  such a group.

In the end, we embrace you with godly love, and we wish you much success.”